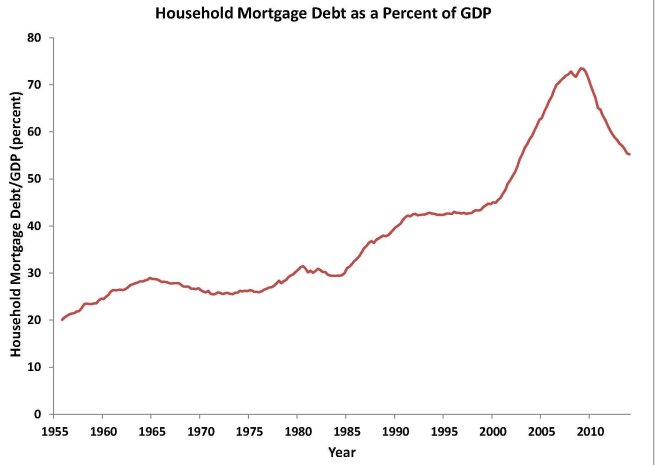 Chart: U.S. Household Mortgage Debt as a Percent of GDP